Baltimore in 1752. Aquatint engraved by William Strickland, 1817. After sketch by John Moale. Hambleton Print Collection. Copy of original owned by the Maryland Historical Society. No reproduction or use without permission. 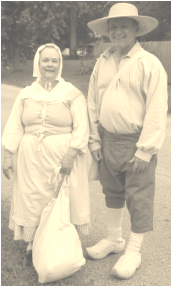 Acadians in Maryland**
In November of 1755, four ships carrying over 900 Acadian exiles arrived in Maryland.* Forcibly removed by the British from their homelands in Nova Scotia, Canada, these exiled Acadians were unceremoniously deposited on Maryland's shores and left to fend for themselves. 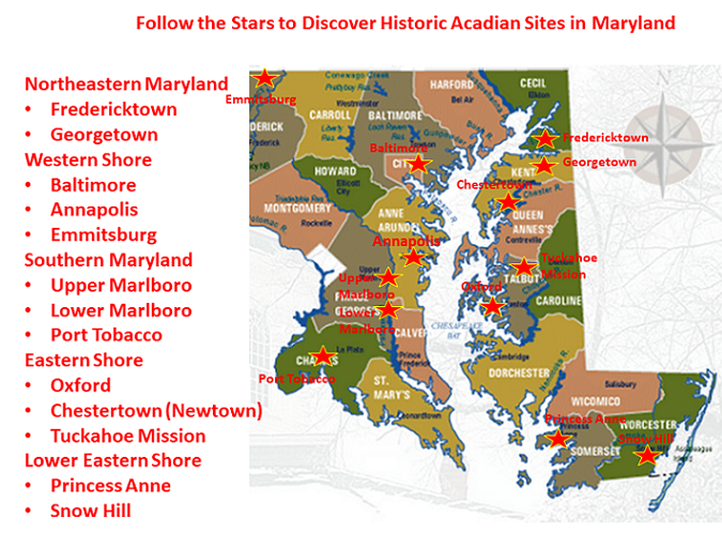 Credit for the use of the Maryland Counties & County Seats map is attributed to the Maryland State Archives (http://msa.maryland.gov/msa/mdmanual/36loc/html/02maps/seatb.html).
Click to view a map showing where Acadians were living in 1763
Acadians Were Here Award-winning Website: 2018 Maryland Historical Trust Excellence in Media and Publications Award. "Acadians Were Here" Website (statewide). "The "Acadians Were Here" website follows the history of Acadian exiles in Maryland. The website provides information and easy navigation for visitors to trace sites of Acadian settlement, and learn about this over-looked piece of Maryland history. (Excellence in Media and Publications)"
Reference: About the Award: http://mht.maryland.gov/awards_2018.shtml
Press Release: 2018-0201-press-release-2018-md-preservation-awards.pdf
*Numbers of Acadians exiled from Grand Pre to Maryland published on the "Acadians Were Here" website are drawn from authoritative, primary and secondary sources cited by Greg Wood in his book, Acadians in Maryland, (1995) and Carl A. Brasseaux in his book, The Founding of New Acadia: The Beginnings of Acadian Life in Louisiana, 1765-1803 (1997). Sources have that 913 left Nova Scotia and that health and weather issues surely changed that number downward, without any clear consensus by how many.
**Francese Wilcox and Martin Guidry are dressed as Acadians of the 1755 period at the Acadian sign dedication of July 2013, in Princess Anne, Maryland.